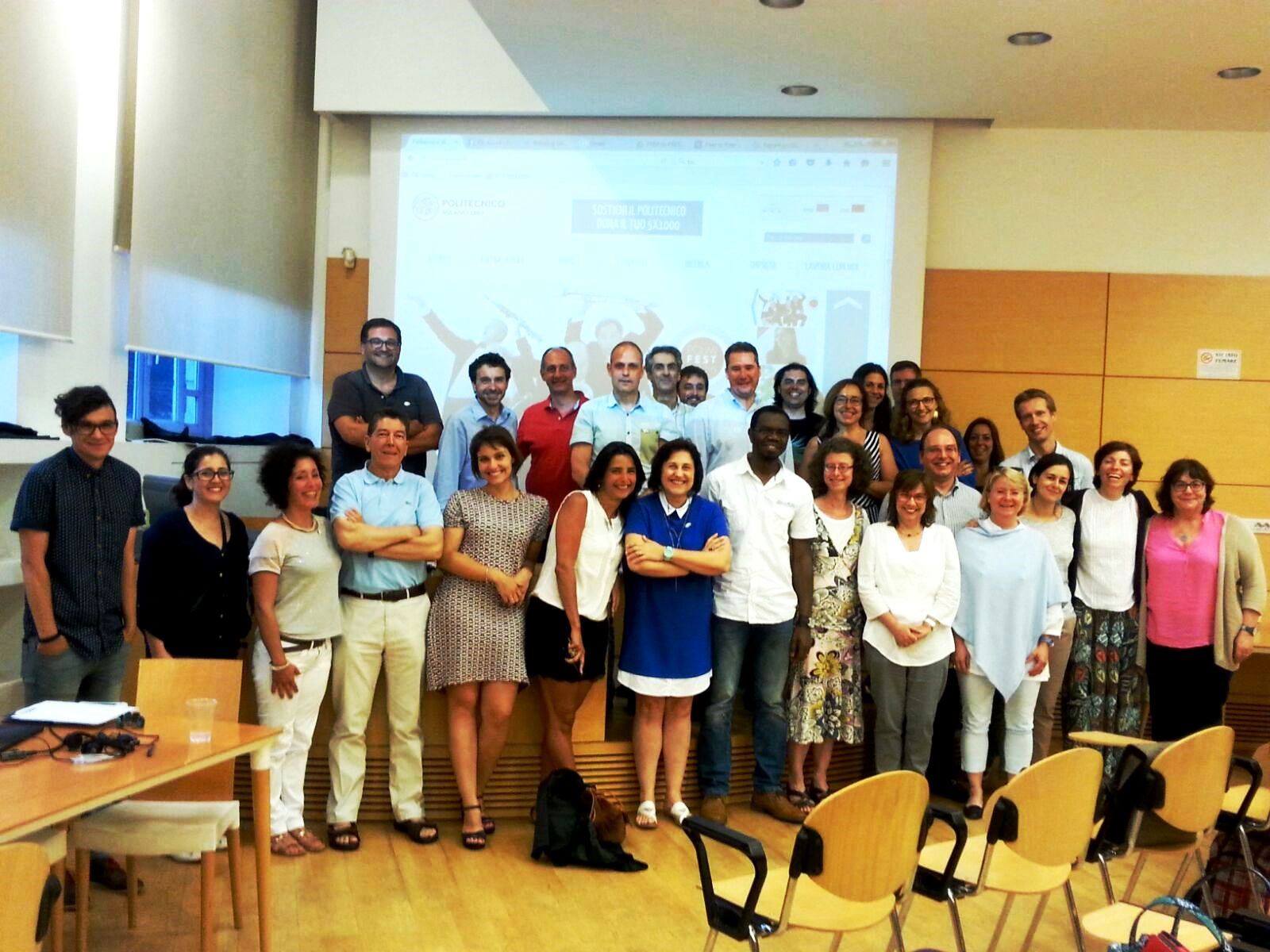 ECO Consortium held their sixth biannual meeting in Milan (Politecnico di Milano) on July 13-14, 2016. With the project running at full throttle on its third, final year, some critical issues were discussed, such as further improvements on quality research, new MOOCs from e-teachers, dissemination campaigns on Social Media, Associate Partners joining the project, and some interesting options to ensure continuation and development after ECO’s project life in January 31th, 2017.

Currently on its 30th month, ECO project is fully developed and growing fast. Participation figures have been achieved and efforts are currently focused on the increasing number of new MOOCs designed and developed by e-teachers, which enrich ECO catalogue . Also, ECO is raising interest among educational institutions and companies worldwide, and a number of agreements are being signed. The new members usually join the project as Associate partners and contribute with their own MOOCs, specifically designed to meet ECO’s quality standards and pedagogical approach.

Partners will hold a final meeting in January, 2017, right before ECO ends its project life. By then, the future features of ECO will have been planned and discussed in detail. 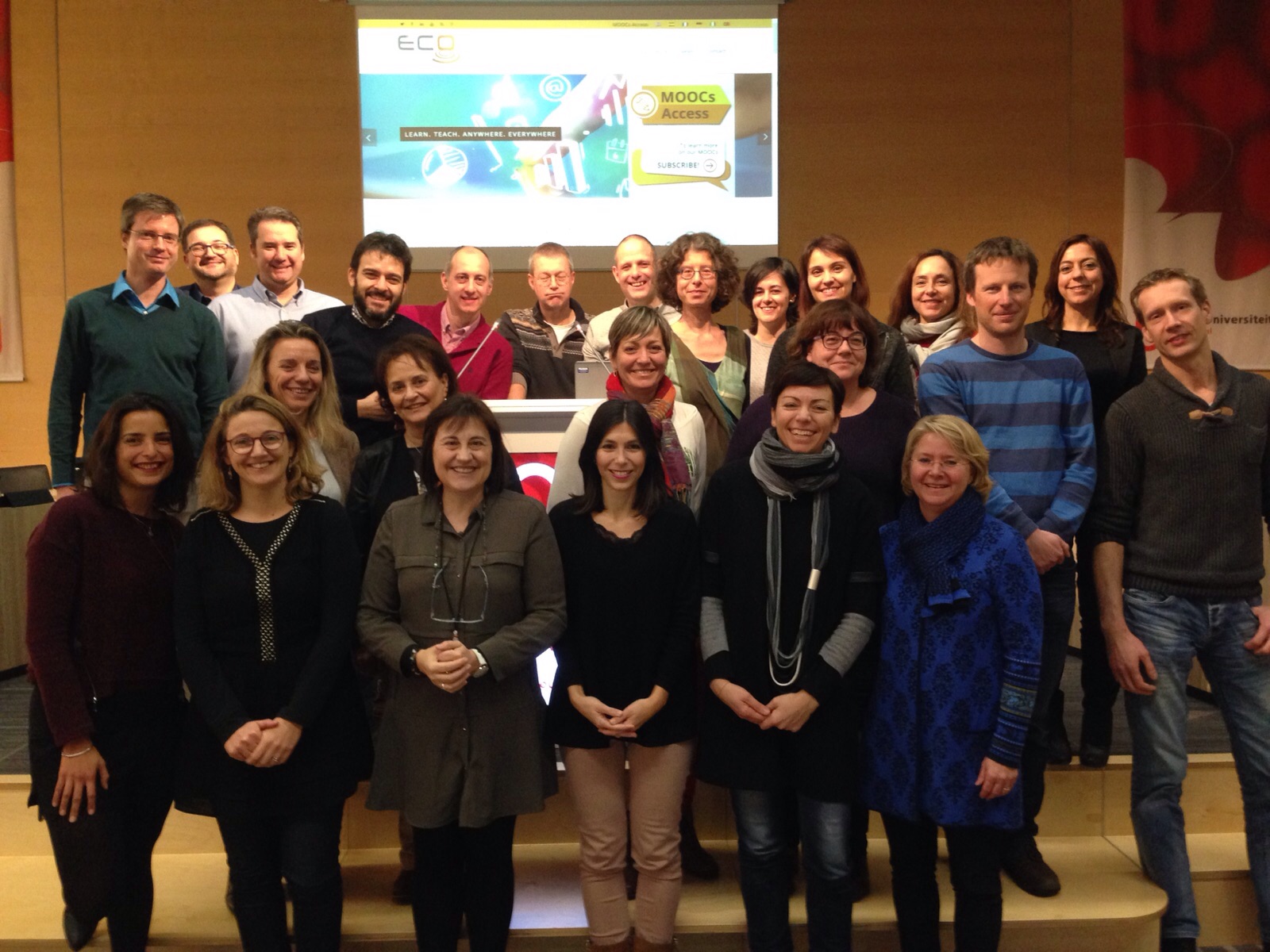 By ECO Digital Learning | Meeting, News about ECO | No Comments

On the 13th and 14th of January, the ECO Learning Consortium Members met for the first in the Netherlands in the city of Heerlen* and hosted by the OUNL.

The results of year 2 of the project were discussed as well as the upcoming project review before the end of Q1 of 2016.

All project groups (WPs) presented the outcomes of their individual task fields, focusing on the improvements made on the MOOC learning methodologies, MOOC contents & creation (in particular the transversal MOOC) as well as improvements at operational level such as the project website and online MOOC catalogue.

Partners discussed performance and results, both as a recapitulation of the period’s process and as a preparation for Year 2 review by European Commission.  Each WP leader reported on the tasks carried out, focusing on the achievements for each activity, results compared to measures of success, obstacles found, lessons learned and actions planned.

A general overview of results from each hub was given as well, focusing on the rescent ECO MOOC’s third iteration and its results, as well as future plans for a potential fouth iteration of courses taught by those hubs which intend to increase their enrolment figures. In particular,  “sMOOC Step by Step” was discussed in lenght due to its crucial role in the project as a transversal MOOC course which showcases ECO’s final goal of spreading its values, pedagogical model and social objectives among the academic community within (and beyond) EU’s borders. There was a mention to Intercreativy and Interculturality concepts as part of the added value which is positioning ECO beyond similar projects currently developing across Europe.

A lenghty discussion was held around the business plan developed by WP6 and strategic plans proposed for the continuation of ECO beyond its life as an EC-funded project. Questions arised about the role universities would play in a future business-shaped ECO, as well as the services it would provide and cost to be assumed.

Learning Analytics’ results and challenges were also detailed and discused among partners, with a special interest from HUBs.

Finally, attendants worked on the upcoming review of year 2, remarking goals achieved and results obtained following instructions given in the previous Year 1 review. The meeting ended by discussing details concerning ECO’s workshop at eMOOCS2016 and reminding all partners of the next meeting to be held in Milan, on 13th-14th July, 2016.

By ECO Digital Learning | Meeting, News about ECO | No Comments

Outcomes of this meeting will be published on the ECO website shortly.